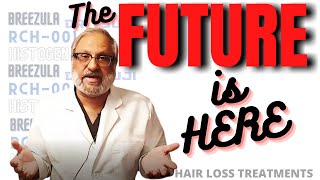 As we all know, the hair loss industry is worth 4 billion USD annually. This sum is bound to attract a host of players, some fair and others in the far extreme who will without compunction indulge in unfair trade practices.

The hair loss community today is a disenchanted lot with hopes repeatedly shattered by start ups appearing from nowhere like clockwork. They broadcast a scientific product through advertisements with numerous reviews and legitimize themselves by having big scientists from the field of regenerative medicine aboard. They then launch phased clinical trials, which get inordinately delayed, targets are missed, companies go into oblivion and then some rise up again like the proverbial phoenix, change owners, seek new partnerships, new funding and then start to promise the same old product bundled differently in their PR campaigns. The media is again abuzz with the promise the product holds and the gullible hair loss sufferer sees fresh hope and gets taken for a new wild goose chase!

Not all companies are like this but since a cure to baldness that keeps being promised is not even in the horizon, the hair loss sufferer today is very suspicious and critical and unforgiving. For many companies have preyed on his anxieties, his fears, his vulnerabilities, his insecurities for far too long.

He has always since 2005 been promised by his doctor and by the media that the final cure for baldness is just 5 years away! And today we are sitting on the other side of 2020 with nothing like this even in the distant horizon.

I am a surgeon and surgeons are pragmatic people being neither research scientists, nor biotechnology or financial experts. We are as restless as the community we treat. And today as suspicious about the field of regenerative medicine. Ground breaking results as have been promised in hair loss research are nowhere to be seen.

In this video today we shall discuss the most reliable, versatile and relevant hair loss regeneration treatments and protocols which are in various stages of trials during their mandatory research and development process.

The treatments being developed and which I will discuss are in no specific order of relevance- for the test of the pudding is in the eating.

Has been licensed to J. Hewitt of Japan since Japanese regulations are lenient to stem-cell based technologies to reach end user faster than anywhere else in the world.

The procedure involves harvesting 30 follicular units from the permanent zone of the scalp donor, isolation of specific cells and then putting them through their TissUse culturing protocol. From mere 30 follicles 10,000 and more new papillae can be obtained. These ‘neo-papillae’ or hair buds are theorized to be able to grow new hair. They are also said to have the ability to rejuvenate native thinning hairs.
If successful, SHT would change the current paradigm of hair restoration.

Good news finally, theirPhase 1 B trials got over last month in Sptember 2020. This is an injectable serum containing a cell conditioned media derived from neonatal cells grown under simulated embryonic conditions and used to stimulate new hair follicles and enhance condition of native thinning hairs. This treatment was first announced around 2008 and a lot of people are eager for it to be released on the market. HSC has shown visual evidence of its efficacy and has had great numbers in clinical trials. This is a treatment that has a very high appeal due to its ease of application. Theoretically, you could walk in, receive injections, and walk out. No need to harvest your own cells and come back to get them re-injected such as with other cellular based treatments.

This is a molecular topical solution that activates the Wnt/beta catenin signaling pathway for growing hair. The good news is that the company is on the verge of finishing the phase 3 trial in Turkey in January 2021- 2 months time. If successful, SM04554 will be commercially available in Turkey and some parts of the world in mid- 2022.

This is actually an anti-androgen Clascosterone. Unlike other anti-androgens, Clascosterone blocks the ability of DHT to bind to androgen receptors in the hair follicle. Other anti-androgens merely block the production of DHT. It is also said to decrease production of PGD2 in the skin which if elevated causes hair loss.What is interesting is that the drug does not interfere with androgen profile of the hair loss sufferer and more importantly that their early phase 2 results at 6 months were comparable to those of Finasteride in a 12 month trial.

Just last month the company’s drug Winlevi which is 1% Clascoterone topical anti-androgen inhibitor cream has been approved as acne treatment by USFDA. It is the first acne treatment with a new mechanism of action to be approved in 40 years! Though hair loss will require a higher dosage, I can see some people wanting to try out the 1% cream on their scalp in the meantime. Though the cream is not recommended for hair loss by the company. Phase 3 trials which were to begin this year have been postponed to next year. God-willing the market launch will be in 2024. If approved it will be the first FDA approved topical anti androgen for androgenetic alopecia

The company promotes its scalp skin disruptive micro-wounding protocols for hair follicle regeneration through neogenesis. The protocol was initially called RAIN (regeneration Abrasion induced Neogenesis) and trials were not encouraging. The company has now included novel patented compounds to micro-wounding to promote hair follicle stimulation. So it is rechristened officially as FOL-004. Follica’s treatment aims at opening an “embryonic window” through a series of skin disruptive micro wounding procedures stimulating new hair follicle growth through stem cell stimulation. Of late it is susoected that they have no new molecule other than Minoxidil and they will use proprietary Minoxidil cartridges with a smart dropper. I true, this is a huge climbdown since dermaroller with Minoxidil is used commonly today.

The treatment is likely to be released any time soon.

FOL-005 is the principal proprietary peptide in this formula for hair regeneration and is a shorter sequence of human protein Ostepontin. In its phase 2 trial it was shown to induce an average 7 hair growth per sq cm of area treated with injection delivery. It is also being developed as a topical cream to make it user friendly. Results of phase 2A trials are expected by March 2021.

Has concluded the second multicenter study just last month in October 2020. It involves production of cell lines of millions of cells after harvested autologous hair follicle cells are cultured in a growth medium. These are then reinjected into the scalp. The company has poured in millions on dollars on research and even partnered with Shiseido which is the 4th largest cosmetic company in the world. Shiseido even opened a large biotechnology campus and laboratory in Japan to accelerate launch of RCH-01. This opening coincided with Japan’s new law that helps expedite trials for stem cell based technologies. However, results from trials have till today been underwhelming. The hope of millions of hair loss sufferers attached to this company to deliver a miracle cure have been dashed so far. Let’s see what 2021 brings. There could be a surprise still from Shiseido in 2021.

River Town is a start up resulting from it’s founder’s personal interest in treating his own baldness. This protocol uses Minoxidil, Cyclosporine A and a patented novel molecule RT 175. The 3 components in RT 1640 act on distinct pathways in androgenetic alopecia and so synergizing hair regrowth and maintenance of hair shaft diameter.

An additional stated benefit is the boost to the melanocytic progenitor cells which in turn restores hair pigment to regenerated hairs.

Riken in Kobe, Japan is the world’s most advanced and promising stem cell research lab. It is run by a star hair loss researcher Dr Takashi Tsuji. His facility is considered the Holy Grail of stem cell research today. The treatment involves extracting a small number of hair follicles from a person’s donor scalp area and then isolating two specific types of cells from the follicle – papilla cells and epidermal cells from the bulge region. These cells are then cultured, expanded, and combined to create a hair follicle “germ” or “follicular primordium.” Once the hair follicle germs are ready they are transported to a facility where they can be implanted back into a person’s scalp to grow hair. The clinical trials have just started in 2020. Japan hopes 2022 will be a big event and a landmark year for regenerative medicine medical tourism to Japan. Since Japan has been heavily investing in this field for some years now.

It is a hair cloning research company with tremendous potential and is based in La Jolla, CA (USA). Liberal funding by the pharmaceutical powerhouse Allergan, means this company means business. The company claims that a small sample which can be just a few mills of blood can create unlimited supply of hair producing folliculogenic cells. The company is developing an allogeneic treatment with their technology without harvesting any cells from them they would receive compatible cell line injections developed by Stemson.

It stands as USA’s front-runner in the field of hair cloning research and protocols development.Human trials to start next year.

Dr. Colin Jahoda and Dr. Angela Christiano, the leading names in hair sciences research have now teamed up to develop a hairregeneration treatment using cultured hair follicle cells.While Dr Jahoda is known for his 3D dermal papilla culturing, Dr Christiano has been in the news for his work on JAK inhibitors and for her recent selling of her JAK inhibitor research to Aclaris which is the company carrying out research on use of JAK inhibitors in the field of alopecia areata. Dr Jahoda is well versed cellular hair growth research -having way back in 1999 grown his own hair on his wife’s arm! Dr Christiano has this to say- “we can grow rat hair like it’s no tomorrow, but we think we can do it with human hair, too.” The company is busy with preclinical trials and seeking strategic partners.

So if any of these comes out with a ground breaking result soon, good times are here for the hair loss sufferer. Only the cost of treatment for regenerative treatments may for a while be unaffordable for the huge majority…

… but then hair loss cures for us are always 5 years away!