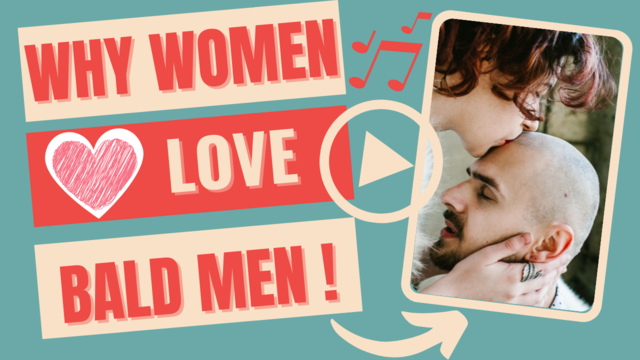 Why do Women Love Bald men

Slick bald men can worry about feeling cold on a wintry night, troubled by being stung by a bee in their backyard, feel concerned that they look younger than their better half. But if they worry about their looks, they neednât be. Women just love them!

Bald men have been the most powerful leaders in history. Right from the times of Chanakya, bald men continue to lead our country.Â  As a Nation, we have whole heartedly voted for bald men.

Needless to state bald men are loveable. There is scientific evidence to this effect. Being a doctor I have been often unpleasantly surprised by the fact that though occasional bald men may have poor self esteem, women just love them. This aside, they are centerpieces of any social gathering.

It took me 3 decades to reach a conclusion to my âsexual affinityâ Theory of Baldness.

Ever wondered why completely bald men look amazingly better than those who have just started to bald and wear a comb-over? Some even socially eclipse those with a head full of hair. For a middle-aged bald man with a shaven head exerts more respect, awe and power than a person with an adolescent hairline and a head full of hair does. Ask Dwayne Johnson, Vin Diesel, Jeff Bezos, Jason Statham and a host of others. They would rather lose their right arm than be any different. And their confidence renders them impervious to âBald Manâ Jokes!

A comprehensive study published in the Journal of Social Psychological and Personality Science, reveals that bald men are thought to be more mature, more agreeable in social discourse,Â  more masculine and more dominant. Many even give a whiff of being alpha males!

Some would say this is because bald men appear as alpha males and women naturally get attracted like the bees around a honeypot. Others would rudely interject and exclaim that bald men are richer than the average man with a head full of hair and this is the reason women get attracted to them. Well, cynics are known to bring down even the most well established of hypotheses in history.

But there is a deeper reason why women love bald men. Women just canât help it. They are so intricately genetically programmed to do so that it is beyond their control. When a woman sees a bald head and better still if she runs her hand gently on his slick bald pate, it enkindles a feeling of love and longing. This sudden rush of emotion overpowers her thoughts. For the firm, supple, smooth skin of a bald manâs scalp very closely resembles the rump of a new born baby on touch. Just as she would have touched a babyâs rump, so does this event kick off a cascade of irreversible hormonal events in her body. The brain is programmed to respond to this signal by releasing a tsunami of the four happy hormones- dopamine, oxytocin, serotonin and endorphin. Oxytocin is the love hormone. An overpowering feeling to nurture and nest with him possesses her.

So bald men, stop pulling at your remaining hair, worrying about your hair loss!